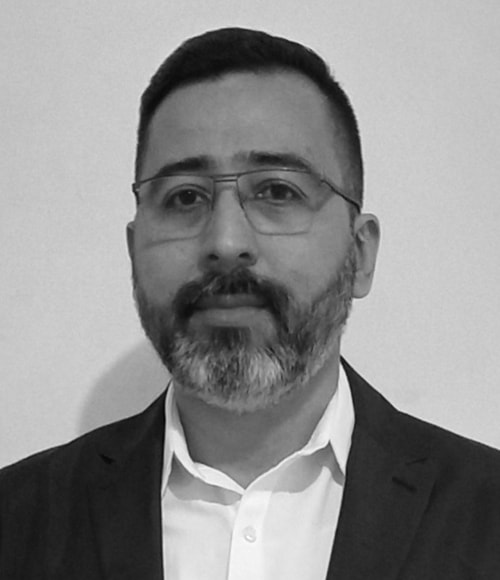 Jose is a highly reputable expert within the manufacturing industry. His strong leadership skills, professional knowledge and collaborative approach drives greater efficiencies and the highest quality deliverables for both EnergyLink International and our valued clients. This combined with his attention to detail and disciplined nature makes Jose a valued and trusted member of the EnergyLink team.

Backed by more than 30 years of extensive industry experience, Jose began his career in 1989 as a Drafter and was later promoted to Senior Drafter for Grupo Nort S.S. de C.V. In 1996 he transitioned to Ingenieria y Detalle Estructural where he carried on as a Senior Drafter. In 1998 he was recruited by Grupo Nort S.A. de C.V. as a Production Manager and was later promoted to Engineering Manager. In 2004 he worked at Butler Manufacturing as an Engineering Technician and then joined Silos Tanques Gonzalez as an Engineering Manager in 2008. Seeing a growing need to provide industrial maintenance services to process plants, fabrication and erection of structural steelwork, piping, tanks, mixers, etc, Jose acted as an Independent Contractor from 2011 until 2013.

Having solidified a solid reputation for delivering quality and optimizing performance, Jose was recruited by ATCO Emissions Management in 2013 as Engineering Manager and later Production Manager when the company was sold and evolved into INNOVA Global. In 2019 he worked for Aceros Integral Victoria as General Manager before joining EnergyLink International as Manager, Quality and Manufacturing for our Mexico operations. In this role Jose is responsible for the implementation and control of Quality Management Systems, customer audits, successful adherence to fabrication schedules, material purchases and delivery of finished products on time.

Jose received his Associate Degree in Mechanical Engineering Technology and Drafting in 1990 from the Instituto Technolgico y De Estudios Superiores De Monterrey. He further supplemented his education by receiving his B.S. in Industrial and Systems Engineering from the Universidad Humanista de las Americas in Monterrey, Mexico in 2008.